Main Articles and lessons Pattern Day Trader Definition and Rule
How to trade?
How to deposit?
Stop Loss
What is Forex?
Currencies in the Forex market
Geography of Forex
How to earn in the Forex market?
How to minimize risks?
How to enter the Forex market?
Forex and currencies: how currencies work in the market
Volumes of trading in the Forex market
Dynamics of exchange rates in the Forex market
Does Forex result in success?
Currency behavior in the Forex Market
The Forex market: history
George Soros and his unique deal
Warren Buffett: Philosophy of Success
The first steps of the trader
Forex deposit
Example of how to make money in Forex
Withdrawal of profits
Fundamentals of work in the Forex market
Styles of trading in Forex
How to choose a strategy
The Best Way to Learn Forex Trading
Company Earnings Calendar
How to Start Forex Trading
How to Choose the Best Forex Broker
What is Forex Trading?
The Forex Economic Calendar and how to use it effectively
Exchange Rate Definition
Volatility Definition and Meaning
Volatility Index (VIX) Definition
What is Market Capitalization Stock
VWAP: Volume Weighted Average Price Definition
Buying On Margin Definition
Market Risk Definition
How to Invest in Penny Stocks
Stock Beta: What is High and Low Beta Stocks
Selling Short: how to short a stock
Automated Trading Systems: The Pros and Cons
How to Invest in Oil
Stocks After Hours
The Best Forex Trading Platform in 2021
Automated Forex Trading Software For Traders
Forex Trading for Beginners: how to Trade
Forex Market Hours: Open and Close Time
Best Currency Pairs to Trade and Invest
What are Forex Signals: All Types of Them
What Are Forex Robots: Automated Trading Robots
Forex vs Stocks Comparisons
Ichimoku Cloud Explained.How to Use Ichimoku Trading Strategy
When Does Wall Street Open. Holidays and Trading Hours of US Stock Markets
Morning Star Candlestick Pattern: Definition & Example in Trading
What is a Margin Call? Definition, Calculation, Price Formula & Example
Shooting Star Candlestick. How to Trade Like a PRO Using Shooting Star Pattern
What is an ETF? Different Types of Exchange Traded Funds and How They Work
MACD Indicator. What is MACD? How to Use It & Best Settings
Dark Cloud Cover Candlestick: Definition & Example. Why This Pattern is So Important for Traders

Pattern day traders – is a special caste and a regulated category of investors who buy large quantities of stock on margin. A regular day trader is characterized by large and frequent intraday investments, as well as risky strategies that capitalize on price changes inside one day.

A pattern day trader uses the very same strategies, yet buys on margin. The key different is frequency – a day trader must commit 4 or more day trades in a short span of 5 business days to be branded a PDT by a broker. If this happens, a PDT is given special conditions and restrictions on trade.

The conditions aren’t too strict. They correlate with the trade style that PDT has already led before, and their purpose is to keep pattern day trader from losing too much funds. It can be detrimental both for them and for the broker that provided the margin account.

What is pattern day trading exactly?

Pattern day traders are still day traders in their core, though they trade on margin and have a unique relationship with the broker. Buy what does it all mean, and what’s the essential difference?

Well, day trading (or intraday trading, as it’s also known) implies frequent short-term investments. The long-term position can stay open for a long time: days, weeks, even months. With intraday trading, however, the position is opened and closed in the same business day which usually lasts from 9 am to 4 pm. The next day the cycle continues.

Day traders utilize special strategies for their trade-style. They are usually very keen on latest news and events in the financial world. Anything that can bring price changes to the market is great news. Such approach is called ‘trading the news’ and is common amongst the intraday trading community.

Gap manipulation is another common practice amongst day traders. Gap is an unnatural distance between the closing price of previous day and the opening price of the current day. They can occur for different reasons, but are very often corrected, or filled, by the active traders.

Knowing that the gap will be filled until the closing bell, day traders open the position opposite to the gap. If the gap is negative, then long position is opened, and vice versa. This practice is known as gap fading.

This is also why they are made with large investments. Even if the price of stock went up by a dollar, the profits from such investments will be enormous.

The risks of day trading

Almost everything said about the day trading can also be applies to pattern day trading, except the tools and some practices. That’s exactly why PDTs are given special restrictions by the brokers. Intraday practices are risky by themselves, but pattern intraday approach is even more insecure.

Some risks of doing intraday business are obvious, but here’s the list of cons:

Of course, the perks often seem greater than risks, especially since day trades can bring large sums of cash in a very short period of time.

But remember the first point, because day traders don’t utilize buying on margin nearly as much as PDTs.

PDTs embrace the concept of day trades, albeit with certain deviations. As mentioned, PD traders need to conduct 4 or more day trades over the course of 5 business days in order to be acknowledges as PDT. Once they are, certain limitations will be put in order to decrease the risks.

PDTs may do the same amount of day deals as fellow DTs, but they compromise their funds with a lot more fervor – they trade the enormous amounts of money on margin. The margin – is a loan borrowed from a broker for trade conducting. They can fund 100% or 50% of the investment based on the jurisdiction.

This is the sole reason why the stakes are so high in pattern day trading. That’s also the reason why FINRA, a non-governmental financial institution in the United States, has put forth a set of regulations for high-stake traders that are PDTs. 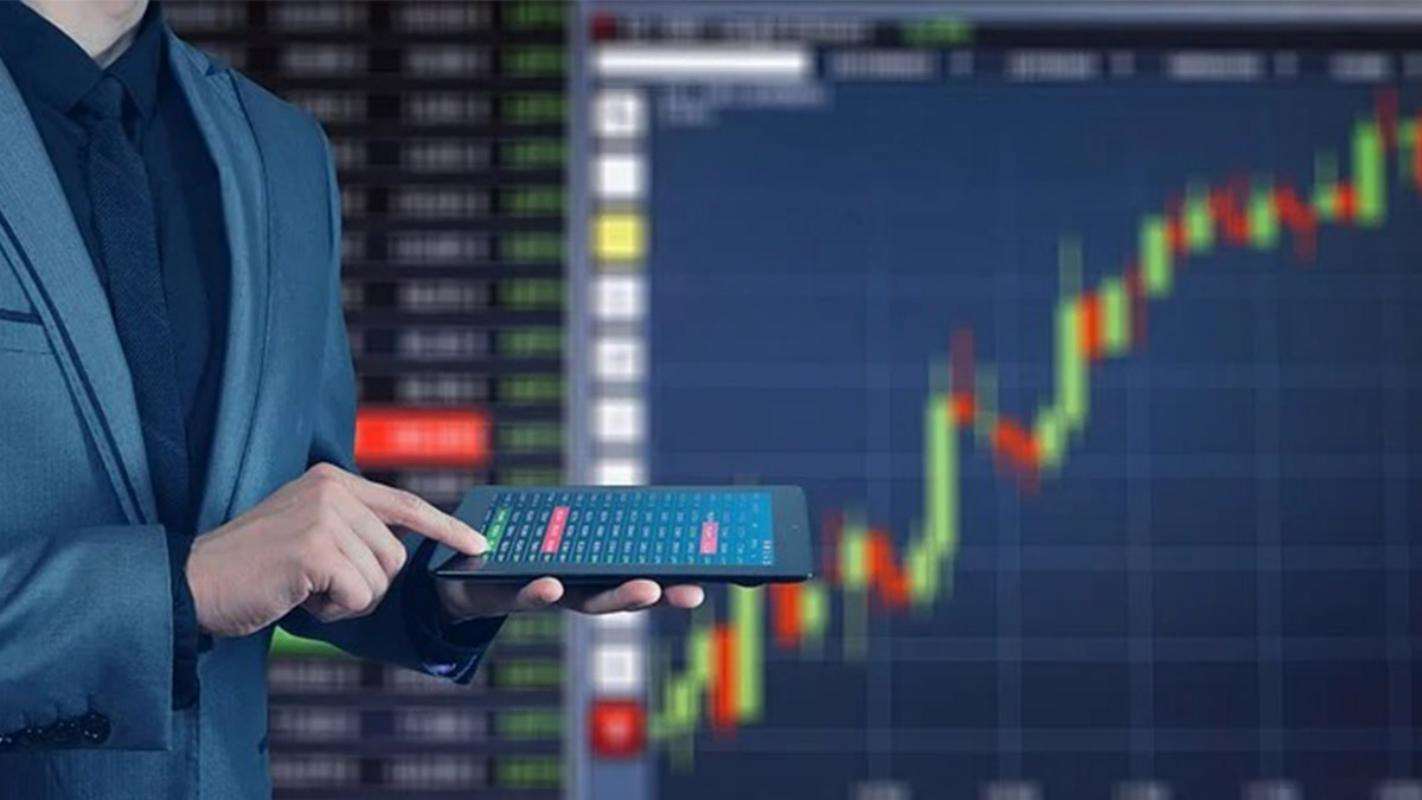 The most prominent regulation is the enforced (by a broker) obligation to always keep a minimum $25000 reserve amount of cash or assets on their margin account. Think of it as additional margin maintenance, a sum that can’t be touched. It must be put into the margin account and stay there until you’re no longer a PDT.

The logic behind such prohibition is simple: large investments lead to massive losses. However successful a pattern day trader may be, one day they’ll lose. Incidentally, in margin trading the losses may mount seemingly endlessly. $25k reserve is meant to partially protect the investor from hitting rock bottom.

It is used to both pay off the broker’s loan if there’s need and to make sure a high-stake trader didn’t lose all their funds. Keep in mind, this reserve doesn’t substitute margin maintenance, they exist in parallel. If there is a need to pay off the debt, both maintenance and the reserve will be used to return the massive loan.

If the balance drops below the $25k line, the account will be banned from trading until the reserve is filled to the brim again. The funds aren’t frozen (at least the cash is not). Therefore, if you don’t feel like trading anymore after a crashing fiasco, you can leave with your remaining reserve.

Another pattern day trader rule is the special margin call status. If the maintenance margin lost its integrity, the broker will call upon you to refill it. Unlike the regular margin traders, you’ll have 5 days to complete this task, not just a couple. So, not everything’s a limitation, as you can see. PD trading has its perks.

How do you become a PDT?

Now that you know the ropes, you can consider joining the ranks of PD traders. Before that, however, you need a bit of practice.

Most ‘patterners’ start as regular day traders, and before that they hone their skills of short-term investing and price speculating, note their mistakes and successes, practice high-stake speculations without investing, and so on.

Regular intraday traders can conclude day trades irregularly, but PDTs commit to them, they make such deals frequently and with massive investments. After all, you have to make roughly one such trade each day for 5 days straight. Additionally, day trades must constitute 7%+ of all deals on the investor’s margin account during that 5-day streak.

Note that trades that were held in the after-hours and after the opening bell do not count, unless you bought new assets of the same sort during the open position.

The status of a pattern day trader doesn’t bring any new perks with it other than those you already could have (apart from a $25k parachute, but you could get one out of your own volition). But the very fact that you do conduct high-stakes intraday trades regularly opens up new opportunities. More investments means more returns, obviously.

But they also mean more risks, especially since you buy on margin. Margin trading requires loans from brokers. Loans have interest. For large investments the interest is bound to be especially massive.

In short, there’s no right answer – it’s a double-edged sword.